14.05.202210:20 Forex Analysis & Reviews: Bitcoin shows an enchanting growth, but all the investors' attention is focused on the conflict in the stablecoin market

The value of bitcoin steadily grew at the auction on Friday, since the start of trading, the coin has already jumped by 8%, having won back serious losses of the previous day. On Thursday, the price of BTC collapsed to the lows of December 2020. The rate of the first cryptocurrency even dropped by more than 10% – to $25,400, but almost immediately after that it began to grow. As a result, the first cryptocurrency added 0.6% in price and closed the day at $28,600.

By the way, since November last year, when bitcoin updated the historical record, soaring above $69,000, the cryptocurrency has already lost more than 55% in price. 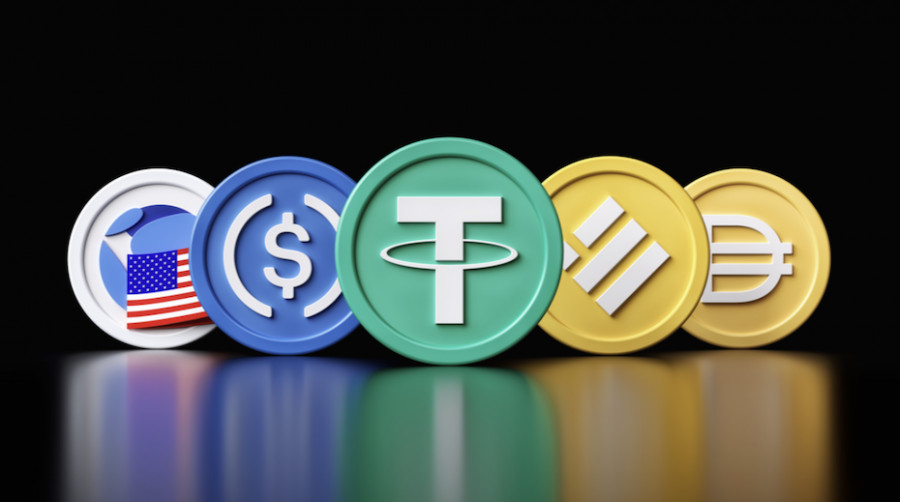 A frightening roller coaster happened on Thursday with the quotes of the main competitor of the BTC – the Ethereum altcoin – which dropped sharply to $1,700, but later returned to the usual level above $2,000, ending trading with a 5.4% increase to $2,100. At the same time, the leading altcoins from the top ten by capitalization showed mixed dynamics: over the past day, the Cardano cryptocurrency lost 6%, and the XRP coin increased by 3.4%.

Analysts call the long-awaited correction after a prolonged fall throughout the current week the main incentive for Friday's sharp rise in bitcoin. So, since Monday, the value of bitcoin has already fallen by more than 14% and has at one point balanced at $30,213.As proof of the high correlation of the value of cryptocurrencies and stocks, the April trading results of the flagships of both markets can be cited. So, in the past month, the high-tech NASDAQ Composite indicator lost more than 12%, which was the highest level of decline since 2008.

At the same time, the value of bitcoin sank by 16.2% in April – the lowest indicator of this month since 2011.

Earlier, the experts of the investment company Arcane Research have already stated that the correlation of BTC and technology securities has peaked since July 2020.

Since the beginning of May, the value of the first cryptocurrency has decreased by almost 20%. If the main crypto asset maintains similar dynamics, then the final indicators of the current month may be the worst since last May, when the value of the BTC collapsed by 35%.

Traditionally, the last month of spring is considered a good enough period for bitcoin. So, over the past 11 years, bitcoin has completed this month with an increase in seven cases and a fall in only four. The average May rise is about 27%, and the decline is 6%. If this May the first cryptocurrency decides to repeat the approximate dynamics of the past years, it may grow to $48,000 in a month or collapse to $32,000.

Experts consider the rebound of the leading US stock indicators to be another important upward factor for the cryptocurrency market today. So, on the eve of the high-tech NASDAQ Composite stock index ended trading with a slight increase (+0.06%). At the same time, throughout the current week, this stock indicator showed a confident negative.

By the way, analysts have increasingly begun to emphasize the high level of correlation between the securities market and virtual assets against the background of intense expectation by both markets of the consequences of the geopolitical conflict in eastern Europe and the next steps of the US Federal Reserve.

Not a single Bitcoin

Despite the spectacular roller coaster of the first cryptocurrency, in the outgoing week, all the attention of investors in the digital asset market is focused on the movement of stablecoins tied to the US dollar.

In particular, to the Terra ecosystem. So, on Tuesday, TerraUSD (UST) quotes fell below $0.30, and on Wednesday the value of the Terra token itself dropped sharply by 97%.

After the loud fall of TerraUSD, the operator put the blockchain on pause for several hours, and the assets of users were temporarily frozen. Against the background of such unexpected turbulence in the market, the value of UST and many other algorithmic stablecoins has lost parity against the US dollar.

Later, the collapse of the Terra ecosystem was blamed on the large investment company BlackRock and the Citadel hedge fund. However, BlackRock management called the information that appeared in the media about the company's involvement in the conflict with UST rumors and stressed that it does not trade stablecoins, including UST.

The head of the Singapore cryptocurrency company Terraform Labs, Do Kwon, proposed a plan to restore the UST stablecoin to its previous heights. However, in response to the rescue operation, the value of the Terra asset collapsed below $1, and the price of the UST stablecoin tested the $0.94 mark.