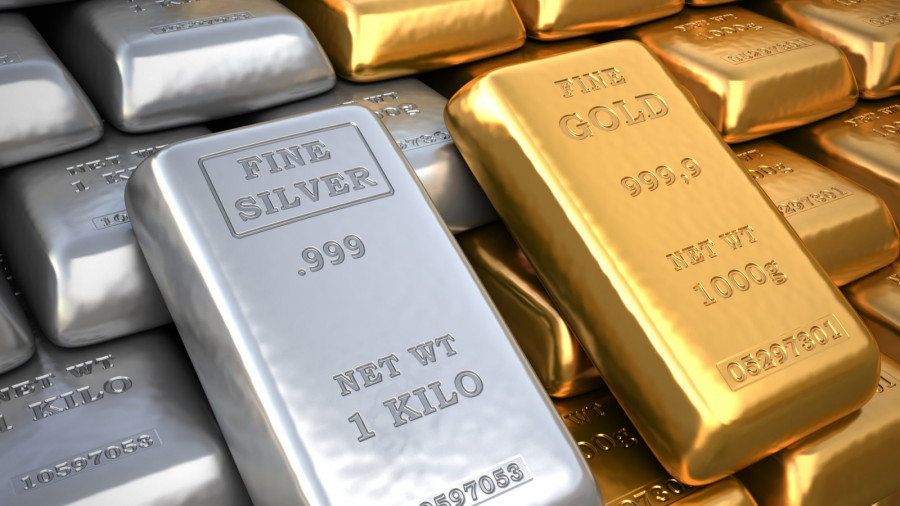 The precious metals market continues to be under heavy pressure from US hawks. The Fed will give its verdict on rates today.After falling by 2.5% at the start of the week, gold prices reversed upwards yesterday.Quotes rose on a weakening dollar. The greenback was down 0.3% against its major counterparts on Tuesday.Meanwhile, June gold futures rose 0.4%, or $7, to $1,870.60. 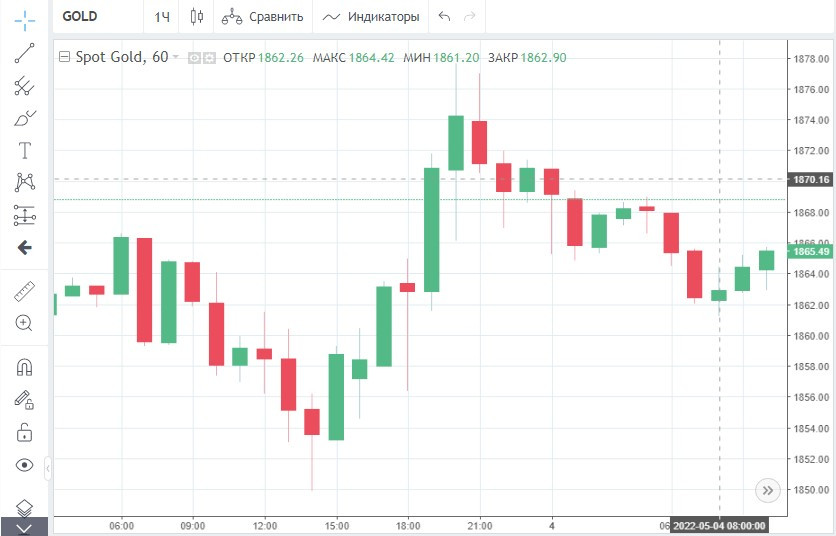 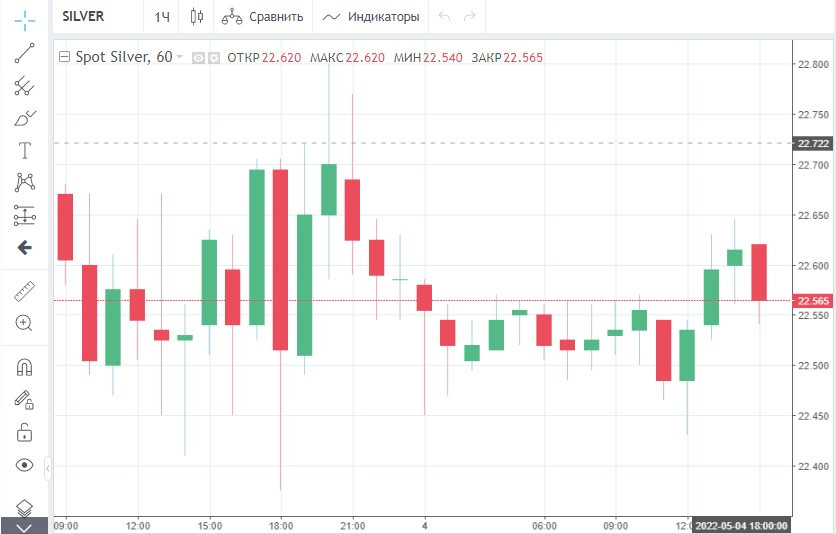 However, the uptrend did not last long. The precious metals market is again suffering losses this morning ahead of the Fed's monetary policy meeting.Markets now expect interest rates to rise by 0.50% or even 0.75-1% this month as part of the fight against record high inflation.Optimism over a sharper rate hike is keeping the US currency near 20-year highs. The rising dollar is putting downward pressure on metals quotations.If the Fed decides on emergency measures as early as May or announces a more aggressive rate hike plan at the next meetings, it could trigger another resounding sell-off in gold.However, the decline in bullion prices is likely to be short-lived. The metal is forecast to retain its upside potential until the end of the second quarter.The good news for gold is that its recent spike has not been strong. On the back of the explosive rise in US government bond yields, the asset could have suffered much more serious losses.The precious metal continues to receive significant support from geopolitical tensions. Also, demand for the safe-haven asset is on the rise amid heightened inflation risks.It is likely that these 2 factors will help gold prices to remain stable over the next two months, despite a Fed rate hike.Even in an ultra-hawkish policy environment, there is hope for bullion growth. The aggressive pace of tightening that the Fed is taking to fight inflation could undermine US economic growth.This is a great boost for the precious metal, which is traditionally seen by investors as a defensive asset in times of recession.According to the latest Reuters poll, analysts expect gold to trade at an average of $1,920 by the end of June.The average price for the third quarter is above $1,875. The consensus forecast for bullion for the year is $1,890.65, while experts had previously expected the price of the precious metal to fall to $1,775.50 during 2022.As for the average price of silver this year, it could reach $24 per ounce. Like gold, the metal will appeal to investors because of its high defensive properties.Analysts also expect a slight increase in industrial demand for silver from solar cell, car and electronics manufacturers.